THE BOREAL FORESTS: the vegetation. 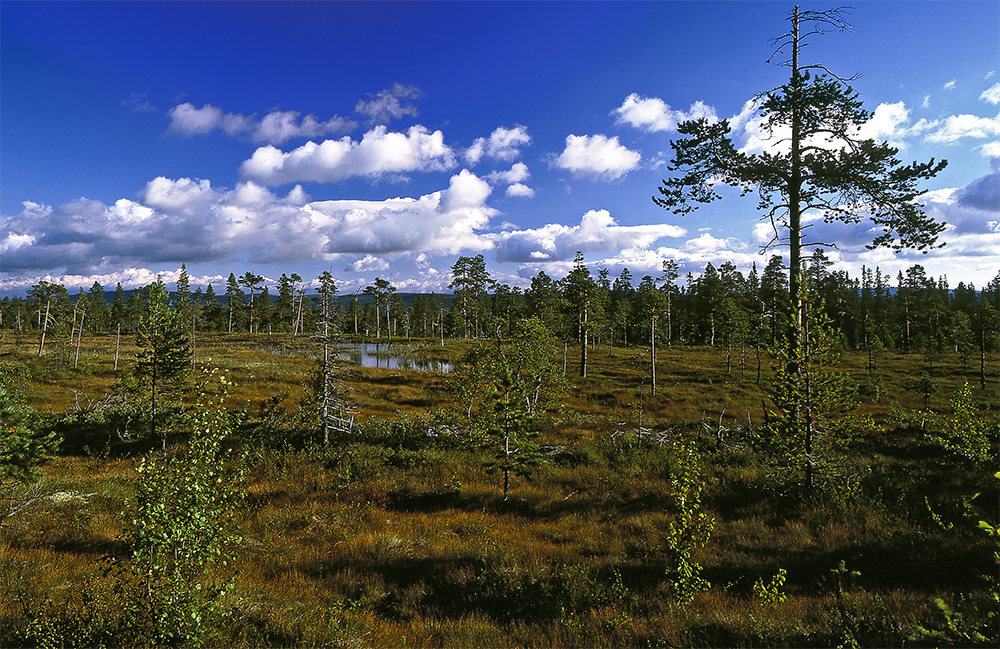 Swedish boreal forest in the summer.

The Boreal Forest is one of the largest areas of the world covered with dense, unbroken forest. A huge range of conifers from Scandinavia, through Russia, reached Japan covering the entire width of Canada to the Pacific Ocean and extends along the Rocky Mountains in U.S.A and in the European Alps. An area of nearly 2,000 million hectares.

The Taiga or Boreal forests, dominate the cold and snowy regions of the planet where there isn’t permafrost, which prevents the vegetation. The conifers are the trees that are best suited to the Northern climate, red and white firs, larch and pine. Destined to live in a cold climate the trees have needle-shaped leaves and covered with a waxy substance to reduce the loss of water and thick bark protects the trunk from frost. Conifers are exceptional wind deflectors and the inside of the forest remains protected during violent snowstorms and wind.

Other types of plants grow up where a stream or a marsh have resulted in sunny glades. Here we find willows, alders and bushes of wild raspberries food source for many animals of the boreal forests. In these clearings they grow aspen and often the white birch and pendula.
In the more northern parts of the taiga the firs and larches give way to winding birch, whose branches twisted by the wind chill are better suited to withstand low temperatures. 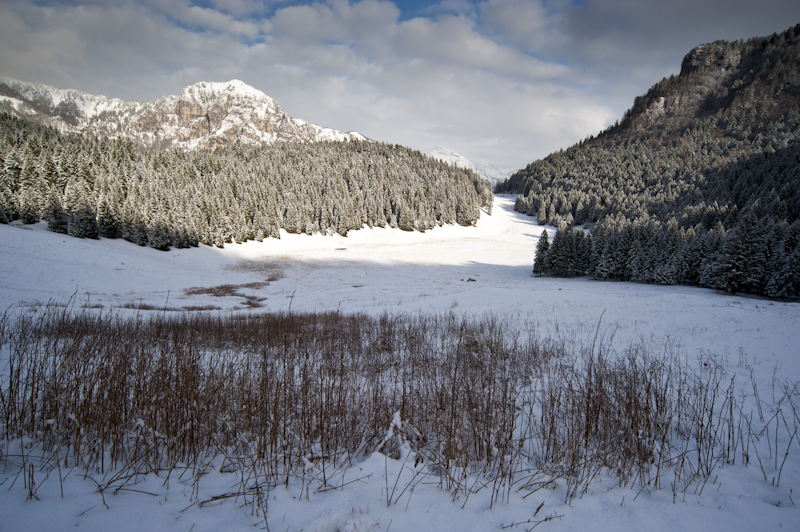 The boreal forest in the Eastern Alps.

Frequently in the glades and wetlands of the taiga are swamps, ponds and bogs.
The peat bogs are characterized by an abundance of water
at low temperature and are found mainly in high latitudes,
as they are just cold and wet to facilitate the formation.
Here develops a predominantly typical
herbaceous vegetation like mosses and grasses.

The underwood of boreal forests is rather meager, because of the little light that will filter and a bed of needles that prevents seed germination. It is discontinuous and scarce. The only plants that can grow are the ferns, mosses, lichens and ericcee. Mushrooms instead found a particularly suitable environment for their growth thanks to the fragments of needles, branches and other dead material fell on the ground in addition to pollen that conifer release in the spring.