Home BioPhotoContest 2017 The Boreal Forest and Mammals who live there.

The Boreal Forest and Mammals who live there.

Time ago the animals that now we consider only tipical of the boreal forests were also prevalent in the deciduous forests. The espanding human habited areas has forced these animals to go further north to find refuge.

Here are some information about the mammals that live in the biome of Boreal Forests topic of BioPhotoContest 2017. 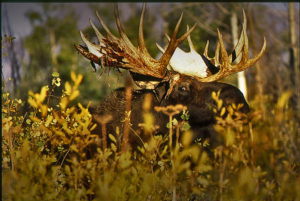 A representative mammal of boreal forest it’s undoubtedly the moose, the largest of all the reindeer. The moose is perfectly adapted to its habitat. His big, large and flat hoofs allow him to walk easily on snow in winter and to advance in the summer marches to reach acquatic plants on which it feeds. The forest reindeer, not to be confused with reindeer on the tundra, is widespread in Europe in a narroe part of Finland and Karelia, an area on the border between Finland and Russia. In America the reindeer, called forest caribou, alive across Northern boreal forest. Once widespread now is considered an endangeres species with the exception of the populaton living in Quebec and Labrador in Canada. Among the deer also not forget the Canadian elk or deer.

Coniferous forests are home to the grizzly bear and various species of brown bears of which include bears of kamciatca and the Kodiak Alaska. The countries that comprise most of its range are Russia, China, The Unites States and Canada. 95% of the population of brown bears in the United States live in Alaska, although there is repopulating slowly but steadily even Western states, along Rocky Mountain and the plain. 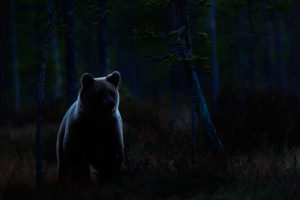 In Europe, we find the bear in Russia in the east, in Scandinavia in the north, in Romania and Bulgaria to the south. Once the bear was present throughout the Italian Alps, but overhunting reduced almost completely the number of speciments. Now thanks to a European project of restocking in the Adamello-Brenta Nature Park and the encroachment of different bears from Slovenia in the Eastern Alps of the bear population is increasing. The busiest areas are the main Carnica chain, the Tarvisio and the Julian Alps on the Slovenian border.

Another highly endangered animal that lives in the coniferous forests of North America is the Ursone also said eretizone  dorsato or more commonly porcupine. Rodents of large size with nocturnal habits. In addition to the man his foe is the Pennant marten which considers the hedgehog a delicacy. The Pennant Martens is a mustelide that can reach about a meter long. Also they belong to the family of mustelids weasels, polecats, martens, minks, otters and skunks. The European mustelids are widespread throughout the Eurasian boreal forest.

Among the predatory animal that ignites the imagination of many is certainly the gray wolf. Persecuted by man for centuries is a species at risk of extinction. Currently the wolf is found mainly in Canada, the United States to Alaska, Europe and northern Asia, Western and Eastern Europe in the Alps.

The European lynx in the past spread across Europe, is one of the largest predators of the European and Siberian forests. Because of his alleged dangerousness, it has been persecuted in the past and, in some European regions, even exterminated. Actually it is a very elusive and shy animal, and therefore almost harmless to humans. It usually lives in forested regions with a rough and rocky terrain. In Italy currently there are no stable populations, but in recent years the Eastern Alps are affected by natural re-colonization phenomenon by Slovenian lynx. Siberian forests in Russia are home to more than 60% of the Eurasian lynx and numerous specimens inhabit the boreal forests of Scandinavia. 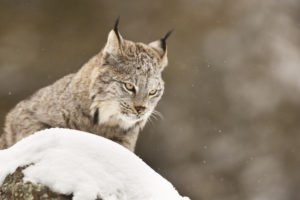 In the whole territory of Canada we are Canadian lynx close relative of the European lynx, a species in serious danger of extinction. In the United States in areas related to the boreal forest biome, in the Rocky Mountains and in parts of Canada such as Quebec and Nova Scotia are the bobcat. It is very similar to the Canadian lynx, from which it differs in appearance to the colored cloak, for the longer tail and shorter legs.

The northern forests are home to countless species of mammals, and it would be difficult to describe them all in this page, but if you want to learn more or to add something leave your comment.

If you want to know how partecipate to the BioPhotocontest visit the website www.biophotocontest.com or write to bioartvisual@gmail.com.